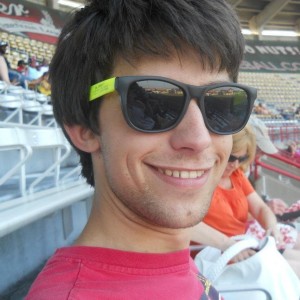 This self directed research was performed within the framework of the Georgia Tech Educational Technology research course. It explored the relationship between post-secondary education and the expectations of the workforce. Specifically it applied Topic Modeling to university course descriptions and industry job listings.

This research was performed under the supervision of Huzefa Rangwala at George Mason University. We explored the application of Topic Modeling to textual university curriculum data, specifically course descriptions. Automatically extracting content from this corpus allows for larger-scale analysis of university curricula than would be possible with manual inspection.

In addition to extracting topics from course documents, I independently developed an easy-to-use, web-based visualization platform to display the results of information extraction and analysis. The visualization tool is built with Flask.

Project Title: Usability and Suitability Survey of Features in Visual IDEs for Non-Programmers

Summer 2014 I was engaged as an undergraduate researcher with the University of Alabama and the National Science Foundation conducting research into software engineering theory and application with the UA REU ESE program.

Summer 2013 I was engaged as an undergraduate researcher with the Florida Institute of Technology and the National Science Foundation conducting research into machine learning in theory and application with the Amalthea REU program.